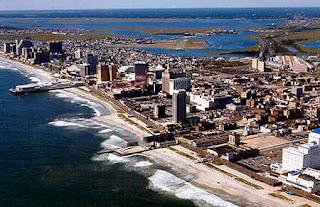 I can't begin to describe the feelings I'm having as the big Atlantic City party nears. The idea of attending was first put to me by a great scene friend, DrLectr, back at the October Crimson Moon party. I had wanted to attend a party outside of Chicago for a long time, but I had always lacked the confidence and bravery to actually do it. My best friend, Sherri, and my top, Mike are both excited as well. But, for me, there have been pitfalls and roadblocks. The first hurdle to be cleared was the party fee. It was extremely expensive. But good scene friends wanted me there so badly that they volunteered to pay it. This was unimaginable to me. But that's the generosity of this particular gentleman. The second hurdle was my own fear about stepping way out of my comfort zone. Chicago is one thing. I mean, I live in Illinois so Chicago, even though it's a three-hour drive, doesn't feel like it's very far away. Atlantic City is 1500 miles from my town. Even though a lot of people I already know in the scene are going, I'm still worried. Atlantic City is vibrant and sophisticated. I'm a Midwestern girl with very little in common with this gambling mecca. Chicago is one thing, this is something altogether different. So my main fear, after all the hurdles get cleared, is what if I don't have a good time? What if the people attending, most of whom are far more experienced at travelling than I am, find me too boring or not cosmopolitan enough? What if they think I'm too "small town"? These are the kinds of things I'm stressing over as the party draws closer. Getting the time off from my job hasn't been easy either. There are number hoops they make you jump through. The party actually falls on my weekend off  (I get every other weekend off) so asking for the extra days has been the problem. I had vacation time saved up for this party, but back in January I had to use it because I had my appendix out and before my short term disability kicked in, I had to use all of my vacation time. That sucked big time. So now, I'm taking the days off without pay. I'm off work this week due to fracturing two of my ribs while getting spanked on Easter Sunday. I swear, I'm the only person on earth klutzy enough to do that. Now I'm worried that the ribs will effect my play at BBW. 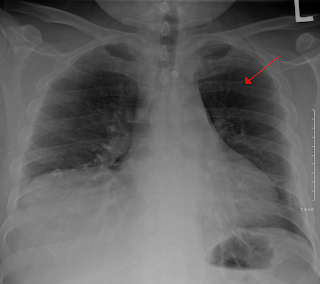 My doctor is confident that the danger of puncturing a rib will pass in a week or so, which is why she wants me to take a week off from work. But what if I can't enjoy all the wonderful play I've waited six months for because my ribs are still hurting? And what about the car ride? How will I tolerate that? Add to that the fact that my doctor doesn't want me doing my usual exercise routine so I'm in danger of gaining weight before the biggest party of my life.

I'm also worried about the weather. I have no idea what to pack because I don't know what the weather will be like. A lot of people simply don't care as their feeling is that they're going to be in a hotel fort he weekend. But the party is concluding with a boat ride on Sunday. It might get a bit nippy on the water, even if he weather is warm. I'm basically stressing about everything right now. The stress is keeping me from getting too excited about the party and enjoying the pre-party planning that I usually enjoy so much.

Many of the people attending have gone to parties together before and know each other well. I don't want to feel like an outsider. There are events planned that you really can only enjoy if you're more of a social butterfly. I'm confident and welcoming at Crimson Moon parties because I've been attending their parties for ten years. Now I'm the new person. I wonder if people will welcome me and if I'll fit right in? I'm not nearly as confident going into this party and that might affect the way I behave towards people. I certainly don't want to appear snobby or standoffish. But being nervous has a way of making act that way. So I'm worried that people will think I'm stuck up.

I've been planning and anticipating this party for six months. I've endured jumping through hoops at work to get the time off, my own insecurities have surfaced and now I have a major injury to deal with. All of this has served to put a damper on what should be a very exciting time. Hopefully, I'll have the time of my life.