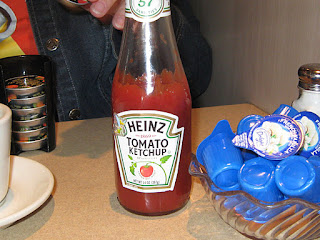 So...where to begin? For one whole year, I allowed myself to be denied access to my computer and, hence, my blog, my groups, my photos and everything else that connects me to my kinky way of life. Up until three months ago, I had been out of work for almost a year and a half. I had no money and was basically at the mercy of the those I lived with. Needless to say, for someone with my personality, this was an intolerable situation and one that couldn't go on indefinitely. Once I got a job, I began to vaguely think about getting my old computer out of the crawlspace and firing it up. Then, however, a nagging feeling started to creep in. How about just buying a laptop and joining the rest of the world in the 21st century? I began to squirrel away money whenever I could. This past Saturday, I put my plan into action. I went and bought a shiny new laptop. I didn't go top-of-the-line, but I went with the features I felt I needed. Once I got the thing home, I began to read all of the unnecessary warnings (Do not drive nails into the battery pack. This could result in serious injury!) and waited for my brother-in-law to enter the password so I could get online. This guy is a piece of work. He didn't want me to get online in the first place. It was alright for him and everyone else in the house to have a computer, but not me. As soon as I got in the driveway with my shiny new possession, he left. He knew I needed him for the password. Great. Well, at least I could play solitaire and watch DVD's. However, I didn't get this thing so I could watch movies, nice though it is to be able to do that. When he came home, I asked him if he would please enter the password for me and he said "I wouldn't worry about it." What does THAT mean? If he had no intention of putting the password in for me, why did he let me spend two weeks' pay? I did indeed watch a movie ("The Conspirator", which I had purchased months before but had never been able to watch because I wasn't allowed to hook up my DVD player either) and then my brother-in-law said he wanted to look at my computer when I was done with my movie. When I took it in to him, he said he didn't know if he could put the password in. Fine, whatever. At least try. It took all of ten seconds to get the password entered and, voila, here I am online. I think he realized that he couldn't keep me offline anymore.
The first place I went to was Fetlife, where I soon realized that the job of getting caught up was going to be more than I could handle. I left a note letting my Fetlife friends know that I was back online. Of course, they were happy to see that I was back (and not just for a day or so). Something I wasn't expecting happened though. This sad feeling crept into me that things had changed a bit while I was away. My friends had gotten used to not seeing me online anymore. Sure, I could call them when I really needed to talk. But it's like new friendships got made and with people who weren't at the mercy of their family where Internet access was concerned. Now don't get me wrong here. I'm not the kind of person who feels like, if you're friends with me, then you can't be friends with anyone else. It was just a sort of fleeting unhappiness. It was the realization that my nice, shiny new laptop wasn't going to make me happy. It was going to be seeing my friends online again, joining in the merriment and the lighthearted banter that made it so much fun for me in the first place. THAT was where the happiness was going to come from.
I'm still not finished playing ketchup, but I'm getting there.
My blog isn't going to be ignored anymore either. I'm going to post here as often as I have something to say. It really saddens me that I didn't have my laptop after the CM party so I could have posted a report. I had a great time. My Cardinals won the World Series (and I was in Chicago...oh, to sock it to those Cub fans again was sweet!) and I celebrated by getting spanked by a couple of gentlemen who did a more than adequate job of blistering my bottom until it was Cardinal red.
So get used to seeing your intrepid writer back here a lot more often. I feel awful to have been away for so long.
Posted by Cheryl at 4:39 PM 2 comments: