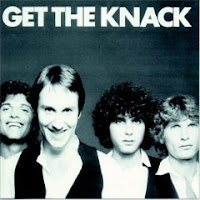 In 1979, I was a senior in high school and disco was still king of the music industry. Never having been a fan, I was encouraged to read in the music trade papers that it was dying out. In late spring, while my head was filled with thoughts of graduation, an album came out that got my attention. It was decidedly undisco. Looking back now, it feels very retro mid-sixties. But in 1979, it was a breath of fresh air. The album was released on Capitol Records (the same record company that The Beatles had been signed to) and the LP was the biggest selling debut album for a group on that label since The Beatles. Everyone was buzzing about it. The big hit off the album was, of course, "My Sharona". But the second single was the one that really stood out for me. "Good Girls Don't" had everything in it that was destined to make it a memorable hit--good beat, catchy vocals, and explicit lyrics (a very big deal in the days before rap made cursing commonplace on records). It was all about a guy trying to get "some" from the girl at school he has the hots for. All very high school.
Now, onto why I picked this particular song title as the title for tonight's entry. In the spanking scene, most of us females (the ones who are bottoms anyway) have certain things we won't do under any circumstances and some that we'll only do with certain people. The song serves as a reminder that there are things "good girls" don't do. Of course, it could be argued that "good girls" wouldn't dream of getting spanked because they enjoy it. I know there are women out there who will do anything with anybody, but I'm just not one of them. When it comes to my body, I stick with my principals. The girl in the song may poo pooh this by saying "good girls don't...but I do", but not Cheryl. And while it's been 30 years since I got my diploma and 30 years since The Knack burst on to the music scene with this memorable LP, I'm still a "good girl" at heart. 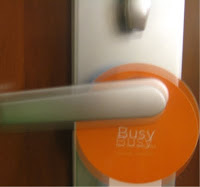