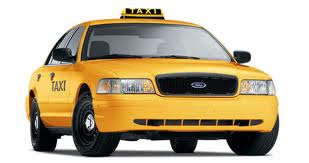 As someone who doesn't drive, I spend my share of time in cabs. When the weather warms up, I will be back to walking (that is, if I haven't been able to get my car up and running), but for now, cabs are a reality for me.

Tonight, I had a very fortuitous experience in a cab. I had to stay late at work. Anyone who works in retail or has worked in retail or is familiar with the strange ways of retail knows that January means inventory time. When my boss came to me and asked me if I would stay an hour late, I knew it would mean missing a ride with the person that I carpool with and having to call a cab. I was a little bit miffed because one girl had been allowed to leave early. If they can send cashiers home early, how come I had to stay over? I was working on the customer service desk (and had been there since 8:30 that morning) and I just wanted to get home before my mouth got me in trouble. My boss was afraid we were going to get busy and the other girl 0n the desk hated being up there. I don't mind staying late if there's a real reason but I didn't want to babysit someone who didn't want to work. Anyway, I called my cab in advance of the time I was getting off and he said that he would be there on time. This is a man who I have known for years. He has driven cabs all over this area for a long time. Because of how long I've known him, I feel a bit freer to talk to him about subjects that are a bit "touchy". He was talking about quitting smoking and, knowing that I had successfully kicked the habit, he asked me what methods I'd tried. I told him about all the ways I tried. I mentioned that I'd had a disciplinarian for a short time. Now I expected him to ask me what all that entailed. All he asked was "Did you have a safeword?" This threw me somewhat for a loop. He told me that he had been looking online at BDSM groups. All of his experience so far has been online, nothing real time. But he was thrilled to find a real person he could talk to about spanking. And it was even better that it was someone he allready knew well.

I made the offer to him that if he ever wanted to spank a woman in real time, I was available. He said he never had me pegged as a spanko. But then, neither had I pegged him for one. Funny how small the world is. I will keep you updated on how this works out. I just consider this one of those happy accidents that sometimes happen in life. Since he has spent a lot of years looking at spanking-related material online I have to believe that this is more than a passing fancy for him. He's an attractive guy about ten years younger than me (aren't they all now it seems?). We'll see what happens.
Posted by Cheryl at 7:16 PM

I am honestly really jealous. I wish this had happened to me with my very handsome boss when I worked at Starbucks...maybe if I'd worked some overtime I might have found his naughty side too!