Does Lindsay Need A Spanking? 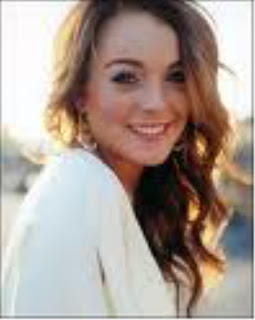 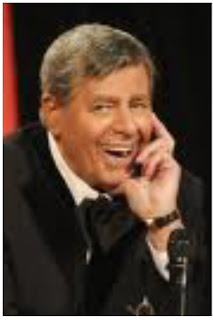 The two people pictured here are separated by 60 years in age. The young lady on the left has made a career out of being a troubled young actress. The man on the right has a career that has spanned more than 50 years. He's not only a talented comedian, but also a great humanitarian, whose Labor Day Telethon has raised billions for kids with muscular dystrophy. So why are they suddenly linked in the press? Allow me to enlighten you.

Jerry Lewis, in preparation for his yearly telethon, was being interviewed by Inside Edition. The talk was general at first. What did he think of today's young stars? He responded like a lot of old men might. These kids don't know who Al Jolson was. They don't have any respect for the people who came before them and paved the road for them. Then, the interviewer mentioned Lindsay Lohan. Lewis' answer was an honest one. A bit too honest for some. He said, quite candidly, that he was smack her in the mouth if he saw her. He said he would probably get arrested for abusing a woman. Then he added that if she wasn't satisfied with a mere smack in the mouth, he would turn her over his knee and spank her and then send her off to rehab.

I didn't see the interview so I don't know how the interviewer responded to this. I heard the story on a local afternoon radio talk show. The interviewer was a man who spun records as a disc jockey back in the 70's. Now he's a conservative talk show host. He took calls, as he always does, and of course, the good people of Peoria are backing the old man. At first, there was the usual amount of laughing between the host and his producer. But it soon turned serious. Did the listeners think this was too outrageous or does Jerry have a point?

I can't be the only person who, on one hand, thinks a good spanking is long overdue for this little diva and also thinks that that would be too little too late. When I was 17, I wanted to go out cruising with my friends. Unfortunately, I got a C on my report card and I was grounded until I bought this unacceptable grade back up. My dad worked second shift (3-midnight) at his job and I thought I could circumvent his rules by just waiting until he was gone. I had what we called Tenth Hour Release, meaning I had study hall last hour and was free to go home after ninth hour. So I got home about 2 in the afternoon, before my dad left for work. It was Friday night and he asked if I had homework. I held up my books and said, "What do you think these are for?" Yes, I was going through a rebellious stage. He warned me not to get smart with him and that I had better crack the books. It never occurred to him that I might sneak out once he left. I was the perfect daughter before that. It was beyond his comprehension that I might disobey him. Well, I did. I waited until he left for work (my mom worked the same shift so I was on my own) and I went out with my friends. Not only did we cruise down the Bradley to try to get into a frat party. Of course, they could see we were underage and they told us to get lost. This happened at every house we tried to get into. In fact, we went to the sports fraternity, Hassler Hall, and tried to get in. One of the guys there (a baseball player, I think) told me to go home "before your daddy spanks you." After this humiliation, my friends and I gave up on trying to get in to a frat party and went about trying to get some booze of our own. I volunteered that my dad kept a bottle of Jim Beam on top of the china hutch. My friend, whose name was Lucy, drove a 1966 Pontiac Catalina that we'd christened the Gray Ghost. We piled into the Ghost and drove over to my house. I went in furtively, making sure no one saw me take the bottle. No one did. I went out to the car, holding it up triumphantly so my friends could see that I'd gone through with this dangerous mission. We went off to a nearby park and drank this bottle of Jim Beam, which I'd ruthlessly stolen from my hard-working dad. My dad who loved me unconditionally. My dad who made countless sacrifices for me. We had to watch the time because I had to make sure I beat my parents home. So we sped home and I ended up in bed with just minutes to spare. The next day, Saturday, I felt awful. I was hung over because I was used to beer, not bourbon (or whatever Jim Beam is). I had a crushing headache that convinced me I was going to have a cerebral hemorrhage. I was awoken by a hand shaking my shoulder and was met with the angry countenance of my dad. "Where is it?" he asked. This happened in May, 1978 and I will never forget this exchange if I live to be 100. I tried to clear the cobwebs. "Um, what?" I asked, rubbing my eyes and sitting up in bed. "You know what!" he said. When his brow knit, I knew he was displease, bordering on furious. "Dad, I was dusting and I broke it. I'm so sorry," I told him. I was shocked at how easily I was able to lie to him. But he saw it for the ridiculous lie it was. Needless to say, I ended up over my bed while my dad used his Marine Corps belt on me. At least my sore ass took my mind off my headache. He tacked on two more weeks to my grounding. This was my last spanking until 25 years later when I attended my first party. I tell this story to illustrate a point. In the home I grew up in, bad behavior had consequences. I knew as soon as I snatched that bottle from its resting place on top of the china cabinet that this was how I was going to end up. I had that sense of the certainty of my dad's justice. If Lindsay Lohan had grown up in the house that I did, with a tough, no nonsense Marine dad, this blog entry would never have been written. She would have been brought to heel a long time ago. I did bring my grade back up to a B and I never, never stole from my dad ever again. Even after over 30 years I still feel incredible shame for this incident. I doubt Ms. Lohan has ever been acquainted with that emotion...nor the business end of a Marine Corps belt.

I can really see what you're saying. She and a number of others really sort of cry out for someone to take them in hand. Britney Spears comes to mind.

However, I don't think anyone should prescribe a spanking for anyone else. Still, if Lindsay were smart she'd probably find someone she respected and get her discipline from them.

As it stands, she's a grown up and should be held to adult standards. It looks like the courts have let her go too much. If a court gives someone, say, thirty days in jail, then they are not doing them a favor by letting them out early. She's doing things, such as drunk driving, that require legal responses. If a court finds her guilty of that, then they should put her in the slammer long enough to stop her from wanting to do it again. That's an appropriate punishment for what she's doing.

Also, it looks to me like she has serious addiction problems. I don't think those lend themselves to correction with D/s. I might be in the minority here, but I think that people need to overcome their addictions from their internal motivation. These spring from insecurity. Punishment on top of that can just lead to more insecurity and worsen the problem.

When someone is addicted, it's best to focus on the things in their life that support them to deal with it. For example, holding them accountable for their honesty might help them improve their self image. If you can improve the environment, then the person has a better opportunity to get control of their addictive behavior.

I suppose that Lewis's comments about what she needs might prompt her to look for more discipline in her life. In any case, I think what he said was an honest expression of his feelings, and probably reflects what many people feel about it. (You agreed.)

But that doesn't mean it should be taken as a literal prescription for what to do.

Would it be good for her? I'm not so sure. If it came from her somehow seeing through the haze and reaching out for the discipline to get her life in order, then it would probably be very good for her. If it were just imposed by someone that thought she needed discipline, then I suspect it would have the opposite effect.

So, that's my two cents (and a quarter) on the issue!

I do think she needed a spanking many years ago. It's too late now to undo the damage that she has done to her life and career. I sincerely doubt she would seek a D/s relationship or even a discilpinarian. I think discipline is a totally foreign concept to her. I do thank you for your comments.

Lindsey needs a good butt spanking with a paddle, belt or strap and it applied vigorously to her bottom.
She is acting like a spoiled brat, a spanking would stop all of that junk.