You might be wondering why I opened my post today with not one, but two pictures of David Bowie. Well, most of you know me. Sometimes I like to say things in a roundabout way. I'm using photos of the man who inspired today's title to illustrate a point, which I will now get to. The two pictures of the aforementioned Mr. Bowie were taken six years apart; the left one in 1977, the other in 1983. By a mere coincidence, I have been in the spanking scene for six years--the exact length of time that seperates these two pictures of David Bowie (real name: David Jones). Bowie was (and probably still is) a chameleon; famous as much for his ability to change his appearance seemingly at will as for his musical ability.

I have friends who swear I haven't changed a bit over the years. At work, I sometimes see people who I haven't seen since high school. Despite the fact that I graduated 30 years ago, they all swear they knew it was me as soon as they saw me. This got me to thinking. How much have I changed over the years? And, more importantly, how much have I changed in the six years I have been involved in the spanking scene? Let's find out: 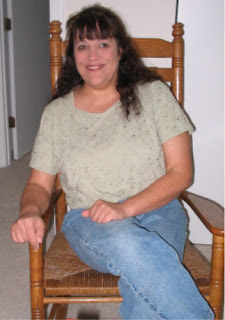 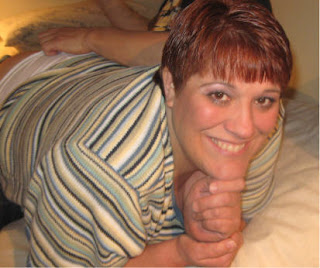 The picture on the left was taken in 2003, my first year in the scene. The one on the right (which I also use as my profile picture) is much more recent. Despite the obvious changes (like the length and color of my hair) there have been a few subtle ones, too; the kind that don't show up in a photograph. For one thing, when I first started, I was naive to put it mildly. Like most of the women (and a lot of the men) in the scene, I have appearance issues that made me feel rather self-conscious. In the vanilla world, most men ignored me. When I joined the spanking scene, I discovered that for some men, I was considered attractive. This came as a shock. I never thought of myself as pretty before. I always considered myself a "handsome" woman, to use the parlance of my father's time. "Handome" meant not beautiful but not ugly either. A feeling of gratitude crept into my thinking. If I wasn't in the scene, would these men even bother to give me a second look? This led me to the second change I noticed in myself; something that nothing else had been able to hammer home: I am fine the way I am.
It's funny to think how much I have changed in six years; not just physically, but emotionally as well. I was afraid six years ago of being psychologically damaged in some way. Now I know that that isn't likely to happen. I'm a much more confident person because of my involvement in the spanking scene. This is also something that I tried many ways to change about myself. I wanted to be confident and upbeat, but I knew as long as I lacked the courage to acknowledge that side of myself it was never going to happen. So does confidence show outwardly? Can you see the difference in my confidence level between the two pictures of me? Or is it an illusion? Judge for yourself. Get a picture of yourself before you entered the scene and one after and see if there isn't a real difference. Not just the differences that happen because of the changes the years make in your appearance, but look at yourself beyond the merely physical and see if there aren't other changes that can be read. You might be surprised.
"Time may change me but I can't trace time".
---"Changes" by David Bowie
Posted by Cheryl at 11:20 AM

What a lovely post, Cheryl. It resonated with me in quite a few ways. For me, it's been less than a year, but it makes a heck of a difference, doesn't it?

I think everyone's journey is different and yet most of us have very similar milestones. Glad you enjoy my blog and please keep the good comments coming!