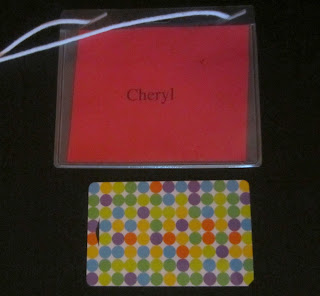 The last weekend in July is almost always reserved for the big three-day Crimson Moon spanking party. This year's party was special because I didn't get to go last year. I had no funds and no job so going to that party wasn't an option. I remember a good friend passing her phone around so I could speak to people who were there and all it did was make me eat my heart out. I made up my mind then and there that, if I was gainfully employed the next year, nothing was going to stop me from going. So now this year, being employed full-time, the party was a done deal. In fact, I remember telling my prospective boss when I interviewed me just two weeks after the party that I wanted to go to another party in October and that, if he had no plans to let me go, then he had better not even waste his time hiring me. Of course, he did hire me and I went off to the October party, where I got to watch my St. Louis Cardinals win the World Series.

The day before the party (Wednesday) was a bad one for me. I was supposed to go to work, but I had a gallbladder attack that was so bad I had to call in. I knew what my co-workers were thinking: she wants an extra day off. But I was really not well that day and I had a ton of stuff to do on top of it. One of those things was laundry. I had a ton of it that had to get done because I didn't want to come home to it. As I was downstairs sorting it, there was a knock on the basement window. I jumped a little because that's not something you expect. It was my buddy, Lon. Lon wasn't much into spanking when we first started our friendship. He was more into taking my temperature, playing with my ass and photographing me. My first attempts to get him to spank me were frustrating, to say the least. But eventually, he began to enjoy spanking me. He had the day off from work and there was no one home, so I came upstairs and let him in. Needless to say, he spanked me. I had
never been spanked while doing the laundry before. It was a first for me. 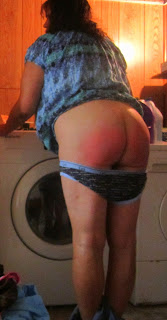